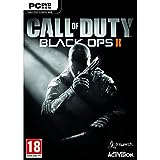 Total Customer Reviews: (0)
List Price: $19.99
Sale Price: $19.99
Availability: Usually ships in 1-2 business days
Pushing the boundaries of what fans have come to expect from the record-setting entertainment franchise, Call of Duty: Black Ops II propels players into a near future, 21st Century Cold War, where technology and weapons have converged to create a new generation of warfare.Call of Duty: Black Ops II Gamescom Accolades “The most ambitious Call of Duty to date” – USA Today “Poised to blow you away” – G4 “Treyarch has just vaulted Black Ops II to a new level” – Joystiq “Black Ops II is changing multiplayer. A lot.” – Kotaku “A bold departure” – IGN “A whole….

Total Customer Reviews: (210)
List Price: $19.99
Sale Price: $29.00
Availability: Usually ships in 1-2 business days
It is 1715. Pirates rule the Caribbean and have established a lawless pirate republic. Among these outlaws is a fearsome young captain named Edward Kenway. His exploits earn the respect of pirate legends like Blackbeard, but draw him into an ancient war that may destroy everything the pirates have built. A Brash Rebel Assassin Become Edward Kenway, a charismatic yet brutal pirate captain trained by the Assassins. Edward can effortlessly switch between all new weaponry including four flintlock pistols and dual cutlass swords. Explore an Open World Filled With Opportunity Discover the most diverse Assassin’s Creed(R) world ever created. Explore….

Total Customer Reviews: (316)
List Price: $59.99
Sale Price: $43.78
Availability: Usually ships in 1-2 business days
The most anticipated game of the year and the most ambitious Call of Duty® game ever, Call of Duty®: Black Ops II is coming to Wii U. Call of Duty: Black Ops II delivers the most groundbreaking and viscerally immersive Call of Duty® experience yet. Rooted in near-future fiction, the title propels players into a visual landscape in an epic single player campaign highlighted by branching storylines and non-linear missions; a re-imagined multiplayer that introduces players to some of the most cutting-edge weaponry and equipment that 2025 will have to offer; and punctuated with an all-new Zombies experience running in….